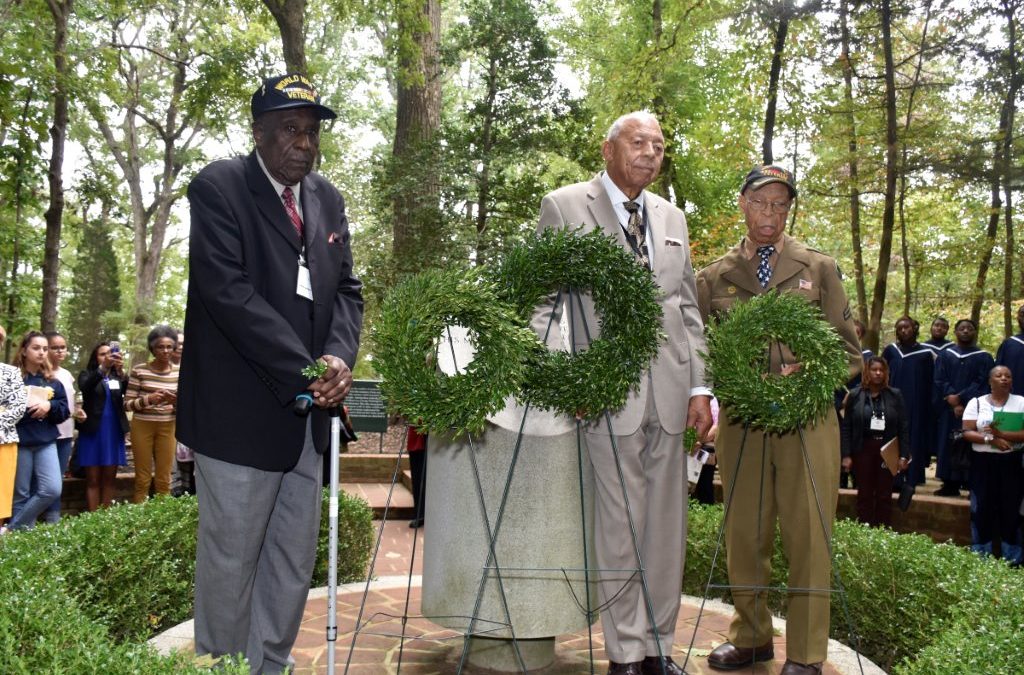 Mr. Middleton was recognized at The Annual Slave Memorial Wreath Laying Ceremony at Mount Vernon on October 6, 2018.  He received the Asiatic Pacific Campaign Medal, Bronze Service Stars, and the Victory Medal with Bronze Arrowhead for the Philippines invasion. We are honored to salute him and say “Thank You” for his years of service to our country.

John H. Middleton (Moody)
John Middleton is a 94-year old World War II Army veteran.  At 17 years old, he enlisted in the military at Ft. Meade, Maryland.  Soon thereafter, he was sent to Ft. Dix, New Jersey to complete basic training, and sent on to Ft. Ord, California where he was assigned to be an amphibious truck driver in the Pacific Command.  While stationed in Sydney, Australia, he delivered supplies and equipment to islands in the Philippines.  Mr. Middleton retired from the Army in 1946 and married the love of his life, Margaret Jones on March 10, 1947.  They have three children.  Following his military service, he worked for over two decades at the National Security Agency.  Mr. Middleton loves sports, having been an avid football player while in the Army.  He also was a baseball player with the Loudoun County Negro Circuit Team.  He is a devoted member of Mt. Zion United Methodist Church in Leesburg, and a Mason and member of the Loudoun Douglass Alumni Association. On 3 November 2018, Mr. Middleton received the Pillar of the Community Award from the Loudoun County NAACP Branch for his Outstanding Lifetime Community Service.