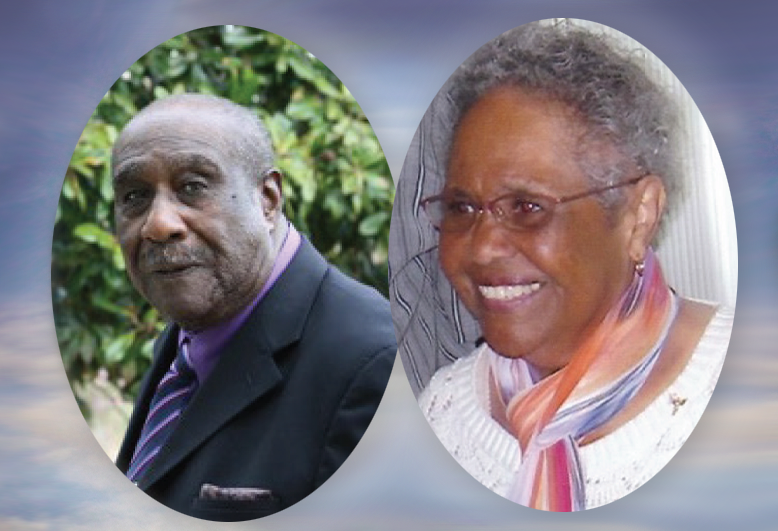 On December 21st, at 9:10 am, the spirit of Margaret Alice Jones Middleton went to join her beloved husband of 74 years, “Muttie”. Margaret has been an outstanding member of the Loudoun County community for 95 years. She gave her heart, positive attitude and wise advice to all she met.

Margaret was born in Leesburg, Virginia on September 23, 1925 to Roosevelt Jones and Marjory Allen. She was educated in Loudoun County public schools and graduated from Douglass High School. She was proud of her Alma mater. Margaret enjoyed reconnecting with former classmates at the annual Loudoun Douglass Alumni Association reunions.

Margaret was first and foremost a homemaker. She loved caring for Muttie and their three children Barry, Winifred and Michael. Their Waverly Heights home was warm and inviting. The kitchen windows gave her a bird’s eye view of the outside where neighborhood children played. Those windows saw their share of foul balls. She and Muttie took it all instride. They repaired the windows but didn’t ban neighborhood children’s play. Neighborhood kids practiced their instruments at Margaret and Muttie’s home. They tolerated these practices and came to parades and high school concerts. She was an understanding parent to their three children and the rest of the Waverly Heights crew.

On occasions, she worked outside her home: at Phillips’ Motel; at the ATT company building: ironing clothes for a store called the Clothes Horse and; as an instructional assistant at Douglass Elementary School. She enjoyed working with the most mischievous little people. But her greatest desire was keeping her home for her family.

Margaret was a great girlfriend. She was empathetic and a lot of fun. They traveled together, held barbecues and played many hands of bid wist, their favorite card game.

Margaret didn’t drive but always had a ride. Usually, it was Muttie, but sometimes her sister, Grace Clark in Grace’s red truck named Pepsi Cola. Or it was one of her best friends, Violet. They supported each other through thick and thin. Who knows what laughs are going on in heaven now. She carried their loss in her heart.

Margaret loved Mt. Zion United Methodist Church. From the moment she joined, she was a very active member. She served as an usher, a member of the United Methodist Women, and a member of the Board of Trustees and the administrative council. As President of the Board of Trustees, she was instrumental in the expansion and renovation of the church. She loved and supported the choirs of the church. She came to all the choir concerts. One of the ministries of the church that became her avocation was the food bank. When the church joined Interfaith Food Bank, Margaret volunteered and was recognized for her fifteen years of service by Interfaith. In 1988, the Loudoun County Commission on Women named her “A Woman of Achievement” for her service to the community.

Those of us who love and respect her, will miss sitting, talking, laughing and crying with her. But we celebrate her life and her legacy. She has given us an exceptional example of a wife, mother, grandmother, great-grandmother, Godmother, friend and a Christian.

The members of Mt. Zion Church hold a special place in their hearts for her.

On November 16, 2020 at 7:30 a.m. we lost our beloved husband, father, grandfather and friend with the passing of John Henry Middleton. Known to most as “Muttie” John was a devoted church supporter and community leader, particularly among the African American citizens of Leesburg. At 96, he was still very active, driving, attending meetings, and visiting friends. In September after a fall, he was diagnosed with a non-COVID related condition.

John Henry Middleton was born October 4, 1924 in Waterford, Virginia to Louise Bailey and Patrick Middleton. He attended the Waterford Elementary School and Douglass High School in Leesburg. He was an outstanding athlete, excelling in basketball and baseball. At the age of 19 after graduating from high school, he enlisted in the United States Army and served in the Pacific Theater during World War II. While in the army he worked as an amphibious truck driver and attained the rank of corporal. He was honorably discharged in 1946.

He returned home and married his high school sweetheart, Margaret Alice Jones. John and Margaret raised three children . . . sons, Barry and Michael and daughter, Winifred. They lived in a small, close knit African American section of Leesburg known as Waverly Heights where they resided for nearly 40 years. “Mr. Muttie” as the children in the “Heights” affectionately called him was a strong and gentle parent figure. In the Waverly community, the parents often shared in overseeing and disciplining, when necessary, any of the children.

John worked many years as a decoder for the federal government, commuting to Fort George G. Meade in Maryland. Carpooling with friends, he made this long trip daily, without complaint, enabling him to provide a good life for his family.

His job required him to travel internationally, going to such countries as Italy, Germany and England. He discovered that he loved these trips. Upon his retirement, he enjoyed returning to many countries previously visited, sharing them with Margaret, his wife of 73 years. He also enjoyed the senior citizen trips, most notably the twenty-eight day cross-country bus trip.

He was actively involved in many community organizations. He loved the Loudoun Douglass Alumni Association and was treasurer for the MLK Committee. He was very involved in planning for the MLK marches. He was a life-long member of the NAACP, a board member and caretaker of the Mt. Zion Community Cemetery and a member of the Loudoun County Branch of the Fraternal Organization of Freemasonry. He attended Mt. Zion United Methodist Church and gave generously. He has been honored as a veteran of World War II and recently was given the Ms. Mary Wiley Award as the eldest male member of our community.

Many people will remember Muttie as a thoughtful kind man. He was a great friend, visiting simply to talk and spend time. He was tall, dark and handsome with an absolutely beautiful smile and cute chuckle. His passing will leave an emptiness in our hearts. The memory of his life will bring us joy!

May the road rise to meet you, may the wind be always at your back, may the sun shine warm upon your face, may the rains fall soft upon your fields, and until we meet again, may God hold you in the palm of his hand.