At Mt. Zion, we have lived and worked by the theme, “We’ve Come This Far By Faith.” We continue to dedicate ourselves to preserving our church legacy and celebrating God’s gifts. Through the times of challenge, God has stood with the faithful. It is with humility and joy we pray that God’s grace and mercy will guide us so we can leave a rich heritage for the generations to come.

Mt. Zion United Methodist Church is the oldest continuing African American congregation in Loudoun County and the state of Virginia.  Its roots originate in The Old Stone Church established in 1766.  African Americans attended the services as unclassified members until 1789.  They were members yet there were separate membership rolls and seating.  In those days, classes met once a week and everyone had to attend.  Caucasian members led the classes.  Each person was on probation until the leaders felt they were ready to become a member of the church.

Probationary members were expelled for not attending classes, disorderly conduct, and immorality.  One person identified in the records of The Old Stone Church was Solomon Bolton.  From 1830-1832, he was brought before the church committee.  He was finally expelled for holding church meetings contrary to church rule.  Solomon wanted to preach, however, African Americans could only preach when a Caucasian minister was present.

By the end of the Civil War in 1865, the ownership of The Old Stone Church was undecided, so the African Americans made plans to build their own church.  With years of prayer and faith in God, they started with no homes, no experience, and no money.  These men of God took a giant step to raise money.  They purchased the land at 12 North Street for the sum of two hundred and fifty dollars. Two hundred and fifty dollars was given by the Washington Annual Conference, and two years after the Civil War in 1867, Mt. Zion United Methodist Church became a reality.  Built on the site where it stands today, the church began its life in the community of Leesburg.

With humility, prayer, and joy Mt. Zion’s congregation celebrated its 150th Anniversary in 2017.  We pray God’s grace and mercy will continue to guide us so we can leave a rich heritage for the generations to come. 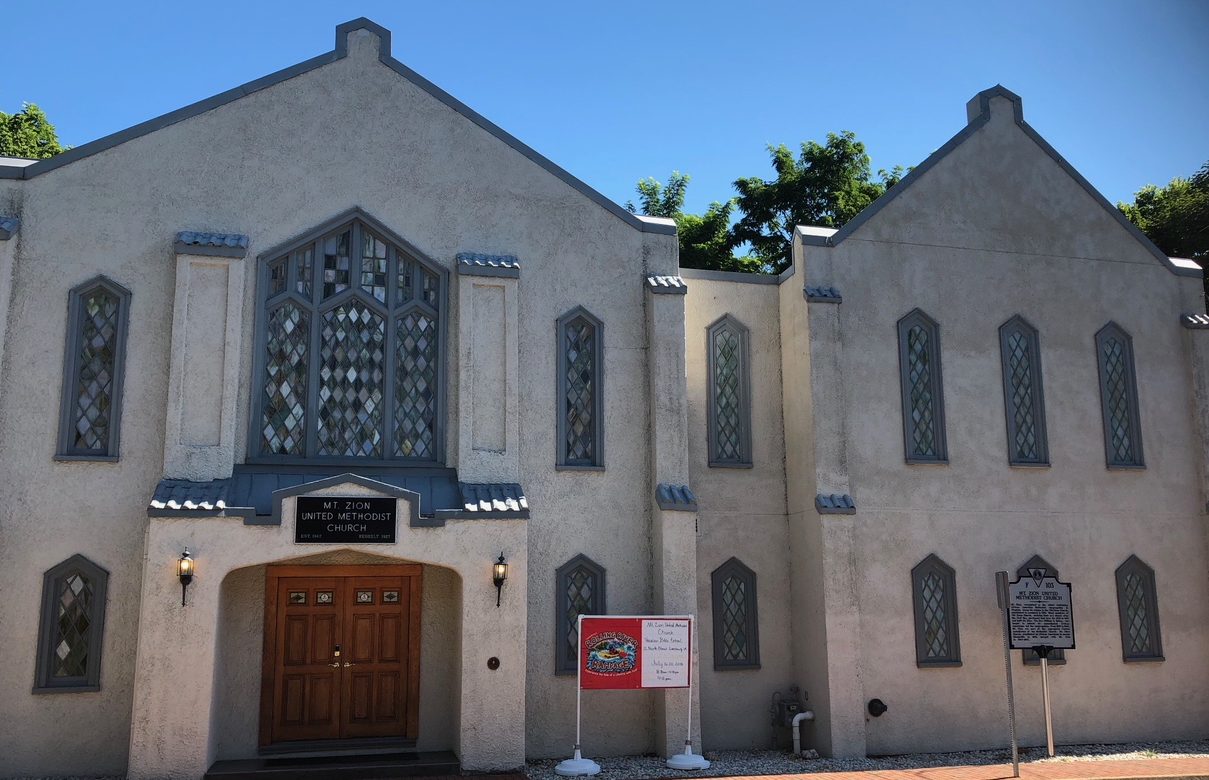